Nominations have closed for the vacancy on Charlbury Town Council with only one candidate nominated. Harriet Baldwin, of Hughes Close, will therefore become a town councillor unless she withdraws before the election.

Harriet is a Cotswolds AONB voluntary warden and the chair of Charlbury's Walkers Are Welcome group. 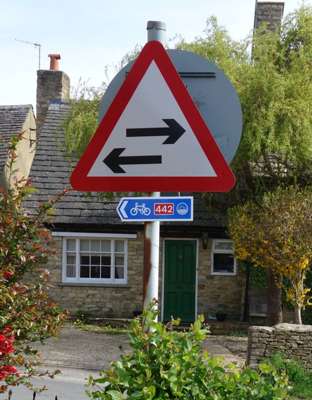 A small number of cycle route signs are appearing around Charlbury as part of an initiative to encourage people to visit the town - and spend money in the shops and cafes.

The blue signs mark out a route on quiet lanes and byways broadly following the route of the Cotswold Line railway. In Charlbury, the route (travelling east-to-west) follows the one-way system around Sheep Street and Fishers Lane, taking it past News & Things, the Charlbury Deli and other shops, as well as all four pubs.

It builds on the generous permission by Lord & Lady Rotherwick for cyclists to share the footpath past the Cornbury Estate, avoiding the busy and bendy Witney road.

All the signs are fixed to existing posts to reduce clutter. Because cyclists travel more slowly than cars, the signs are a fraction of the size of standard traffic signs - as the picture shows. They carry the Cotswold Line logo and the cycle route number, 442. They will be installed along the full route in the next week.

The project has been funded by the Cotswolds Conservation Board (the body behind the Cotswold AONB), First Great Western, and Charlbury & Overseas Community Projects (the fundraising arm of the Charlbury Beer Festival). It has been co-ordinated by Sustrans, the sustainable transport charity, and largely carried out by volunteers. 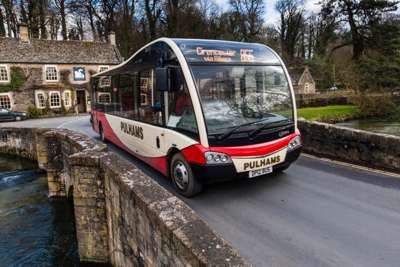 Pulhams Coaches of Bourton-on-the-Water are to take over the X9 service between Chipping Norton, Charlbury and Witney from June.

Pulhams are now recruiting drivers for the service: call John on 01451 820369 or e-mail info@pulhamscoaches.com .

The service is currently operated by Stagecoach. Pulhams will be the fourth operator in recent years, with services previously operated by Worths Coaches (as the 69) and then RH Transport. Pulhams have been expanding their operations in West Oxfordshire in recent years, and have also won the contract for the Witney-Carterton-Swindon bus.

I'm delighted to report that the Railbus service on weekday mornings and evenings will continue.

Oxfordshire County Council had been considering withdrawal as part of the review into subsidised bus services in West Oxfordshire. The service will now continue largely without change. The (very little used) daytime on-demand T1 service will be withdrawn.

The operator, Go Ride, has also taken on numerous other local services in West Oxfordshire.

The X9 service to Witney and Chipping Norton will continue "broadly unchanged", but fewer journeys will go via Ramsden. The little-used extra evening journeys on Friday and Saturday will be removed, but there will be a new 19.05 service from Witney to Charlbury. The operator (currently Stagecoach) has not yet been confirmed. 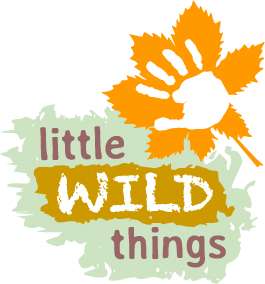 THANK YOU THANK YOU!

You did it, we've reached our fundraising target!!! A huge thank you to everyone for their very generous pledges - we're so excited, and a massive step closer to starting In June, all thanks to your support.

We will be hard at work over the next few weeks sourcing the minibus and putting together all the exciting woodland sessions we're planning for the summer. Look out for us in our wonderfully bright minibus on the streets of Charlbury very soon!

We really have been overwhelmed by your support - thank you.

Congratulations to courageous Jim Pearce for completing the Brighton marathon and raising loadsa money from his sponsors for the Breast Cancer Campaign.

It's still possible to contribute and make Jim's agony even more worthwhile! Click www.justgiving.com/James-Pearce8 to add your pennyworth. 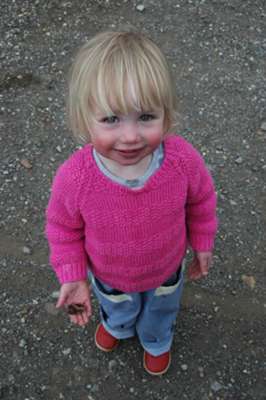 We are into the final countdown for our minibus fundraising! Our crowdfunder project closes at 3pm tomorrow, so if you've been meaning to get round to pledging then please please do it now - every little bit helps and we've so nearly reached our target!

Rico's Pizzas are back

After a winter break, Rico's Pizza Shack have returned to the Spendlove on Monday evening with their great oven baked pizzas. Phone 0844 357 8070 to order if you do not want to wait - menu at www.ricospizzashack.com

Local worthies and notables will be pleased to learn that the eminent Charlbury Debating Society convened for its Spring session on Thursday evening. After an engaging set-to, the motion, "Foreign aid is a duty, not a choice", proposed by Adam Leach and opposed by Molly Brech, was carried by 10 votes to five, with 10 abstentions.

For flowers, plants and interesting and eye-catching garden gifts. Perfect for that hostess gift. Knowledgeable owners who are all gardeners.

Nominations are invited for the one vacant seat on Charlbury Town Council. The following excerpts are taken from the official notice:

"Nomination Papers may be obtained from the offices of the Returning Officer, Council Offices, Woodgreen, Witney, Oxon, OX28 1NB on Monday to Friday 9am to 5pm (excluding any bank holidays). They may alternatively be obtained from the Clerk of Charlbury Town Council (Roger Clarke, 01608 810608).

"Nomination Papers must be delivered to the Returning Officer, at the Electoral Services Office, Council Offices, Woodgreen, Witney, Oxon, OX28 1NB, on any date after the date of this notice, on Monday to Friday 9am to 5pm (excluding any bank holidays), but not later than 4pm on Thursday 24 April 2014.

"(If the) election is contested, the poll will take place on Thursday 22 May."