The man generally credited with founding the Northern Soul scene - club promoter and influential DJ Roger Eagle - is the subject of a documentary on Radio 4 on New Year's Eve: 'Roger, the Eagle has landed', presented by Mark Radcliffe. As described on the 'Charlbury curiosities' page of this website(http://www.charlbury.info/visit/curiosities), Roger Eagle spent some of his earliest years in Charlbury during the Second World War. However, it is assumed that the documentary will focus on his career as Mick Hucknall's manager, and as the inspirer of a generation of young musicians in Liverpool and Manchester, rather than on his memories of our town.

Christmas and New Year visits from the binmen will take place on the following days:

Christmas trees can be left out for recycling in the New Year (see details). Full recycling calendar on the WODC website.

Fatal accident on the Slade

A pedestrian died on the Slade last night (Saturday) after being hit by two cars.

According to Thames Valley Police:

"At about 9.30pm, a 34-year-old man was in The Slade (B4022), at the junction with Ticknell Road, when he was in collision with a Perodua Kelsia. A second vehicle, a Saab, was also in collision with the man. Both vehicles stopped at the scene.

"The man was taken to Horton General Hospital but died from his injuries.

We understand that the man was Luke Nappin. Please keep his family in your thoughts this Christmas.

For crime prevention advice, hints and tips on how to stay safe, follow your local neighbourhood team on Twitter @tvp_chippy .

A book by Charlbury resident Caroline Shenton has been shortlisted for a range of prestigious national prizes. "The Day Parliament Burned Down", which tells the true story of the disastrous fire of 1834 that destroyed the old Palace of Westminster, is among those competing for the Longman-History Today Book of the Year 2013. It has also been shortlisted for Political Book of the Year alongside Andrew Marr, Nick Robinson and Alaistair Campbell's efforts, and for Political History Book of the Year, both categories in the new Political Book Awards. Winners will be announced in the new year. 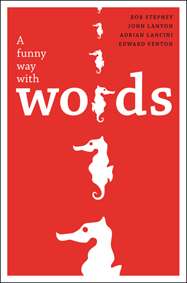 A Funny Way With Words

Charlbury authors Rob Stepney and Adrian Lancini appeared on BBC Radio Oxford on Wednesday, as guests on the Malcolm Boyden show. They were there to talk about and read from 'A Funny Way With Words', which came out earlier this month, and which had been preceded by an epidemic of seahorses around the town.

To listen to the programme, go to:

Rob and Adrian appear 9 minutes 30 seconds into the show. 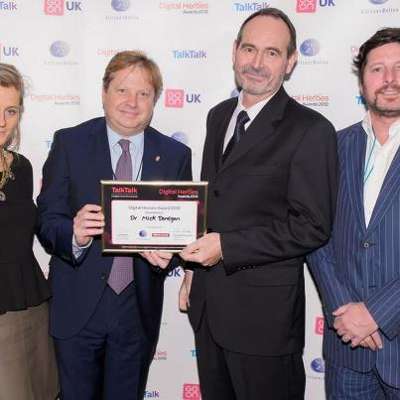 Mick Donegan, the Founder of Charlbury charity SpecialEffect recieved the 2012 Digital Hero award from
Martha Lane Fox, Sir Charles Dunstone and Lloyd Embley of the Daily Mirror in London this month. Mick won the award for the South East of England and recieved fantastic support from the local community in the public vote. Mick and the charity deeply appreciate the support that the local communinty has shown for the work of SpecialEffect in helping people with disabilties.