The C1 Bus (Station Bus) is being audited by OCC next Wednesday 7th December; in order to keep this VERY essential service running please can EVERYONE try and use it on that day. The times of the buses can be found here

The West Oxfordshire Business Awards 2012 are open for entrants. There are 12 categories and the awards are open to any business, charity or community organisation, whether large or small operating from West Oxfordshire. In the 2011 awards 2 Charlbury based operations won awards and others were listed as finalists. All of them will tell you how much it helped their business.

All details are on the website www.woba.co.uk. Go and look now and see how to improve your business in 2012 by entering and winning.

The Southill Partnership, based in Cornbury Park, is a proud sponsor of the 2012 WOBAs.

Oxfordshire County Council reports that Charlbury Primary School will be closed on Wednesday for industrial action.

Rico's Pizza Shack, which visits Charlbury weekly on a Monday with its mobile wood burning oven, was one of 3 businesses shortlisted in the Best Takeaway category for BBC Radio 4's Food & Farming 2011 Awards. 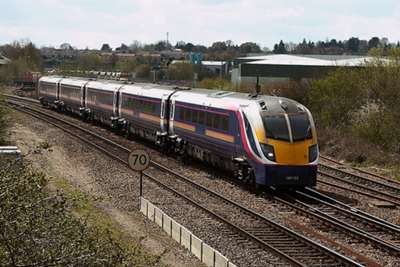 First Great Western has confirmed that most of the 'Turbo' trains on the Cotswold Line through Charlbury are to be replaced by newer, more comfortable 'Adelante' trains.

The Adelantes previously worked on the Cotswold Line but were then moved elsewhere, running local services in Manchester, and earmarked for services on the East Coast that never started. They have five coaches, four-abreast seating, and a top speed of 125mph. FGW plans to refurbish them, possibly to include at-seat power points, before they come back into service.

The statement says "Five Class 180 Adelante trains will be leased and refreshed to replace most of the Turbo services on the North Cotswolds line between Worcester and London Paddington." Turbos will still be used on the line for the morning 'halts' train stopping at Finstock and Combe; the three off-peak services between Didcot/Oxford and Moreton; and on most non-HST services at weekends.

They are part of a package of replacement trains due to come into operation over the FGW network between February and September next year. The Adelantes are expected to be introduced between March and July.

(Photo by John Grey Turner, CC-BY-NC-ND. Thanks to William Crossley for additional information.) 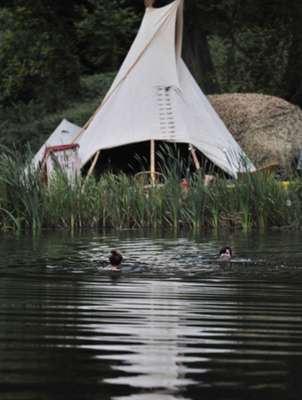 The Festival Awards UK are the annual 'Oscars' of the contemporary music festival industry, with a mixture of industry experts, reviewers and journalists deciding on the best festivals the country has to offer.

Tickets go on sale today for Wilderness 2012 which will take place at Cornbury Park from Friday 10 August until Sunday 12 August 2012. Once again there will be discounted tickets on offer to locals which will be released nearer the time, and best of all, children of 10 years-old and younger go free.

For more information go to www.wildernessfestival.com

Thames Valley Police has gone live today with 101, the new national single non-emergency number, which will replace the 0845 8 505 505 number.

Both numbers will run side-by-side until the end of March, but if demand for the 0845 8 505 505 number drops it may be discontinued earlier.

Calls to 101 (from both landlines and mobile networks) cost 15 pence per call, no matter what time of day the call is made, or the duration of the call.

Everyone calling the police for non-emergency matters will now know exactly how much a call will cost them, and can be assured of equal access whether they are on a pay-as-you-go mobile or a home landline.

The routeing will be based on the same system as 999 calls which links a caller's dialling code to the police force that covers that geographic area. Calls from a landline will be routed to the nearest police force that covers the area's dialling code. If the caller is using a mobile, the call will be routed using the location of the mast that the phone is transmitting from.

If a call is made to 101 within a force area that has not yet 'gone live', the caller will hear a recorded message telling them to redial using the relevant non-emergency number.

Temporary Road Closure – Charlbury - B4022 from Charlbury towards Enstone

Just an update that the anticipated opening is now November 16th 2011, as this project has been over-running.

The West Oxfordshire Business Awards have just opened for entry.

Open to all businesses with a West Oxfordshire postcode as their trading address, the awards are designed to celebrate and raise the profile of successful businesses in the area.

Entry is free, and the application form, downloadable from www.woba.co.uk , is easy to complete.

There are 10 award categories, including the Green Award, New Business Award, Rural Business, Small Business, and Charity and Community Awards. Businesses may enter up to 2 categories.

Simply entering the WOBAs gets your business noticed by key people in local business. Getting shortlisted brings fantastic free publicity across Oxfordshire, with finalists entered automatically into the bigger Oxfordshire Business Awards. Plus, at the awards dinner, you get to meet loads of interesting people who care about local business.

The date for closure of entries to the WOBAs is 31 December 2011. 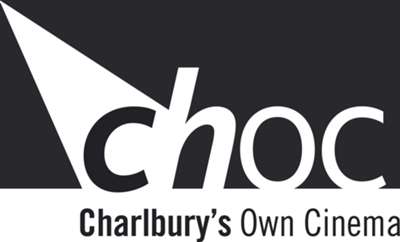 ChOC's venture into live entertainment has got off to a spectacularly successful start. Our association with Shoestring Opera last weekend drew audiences of around 200 for a production of Mozart's comic opera Cosi fan tutte, with soloists which one opera buff compared favourably with her experiences at Glyndebourne and the English National Opera.

And last night the comedian Iestyn Edwards entertained an audience of 140 with his Madame Galina act. It's easy to use hyperbole on these occasions, but I think anyone who went will agree it really was a hilarious and truly memorable evening.

ChOC has demonstrated that there is a real demand for live entertainment here, and we'll be listing our spring programme on our website shortly (www.chocfilms.info) as well as on the Events page here. Meanwhile, anyone not already on the ChOC mailing list for information about both films and live entertainment can email secretary@chocfilms.info and get on it now. And do let us know if you are interested in helping promote more live entertainment in Charlbury. It's a rewarding and worthwhile task!

We also have three excellent films coming up before Christmas ('Oranges and Sunshine', 'Benda Bilili!' and 'Potiche'), another on January 8 ('The Way'), and a live gig with two great local bands, 1000 Mile Highway and Fused, on January 27.