Broken glass at the skate park

Some people thought it would be a good idea to smash beer bottles on to the skate park surface during the recent warm weather. The worst has been cleared up but there are still fragments in the grass. Please take care if you are using the skate park or if you have dogs/kids that run around there.

The Town Council is getting hold of some safety gloves so that we can do a proper clean up of this and the other broken glass that has accumulated at the back of the ramps, we would be very grateful for any help from residents and skate park users. 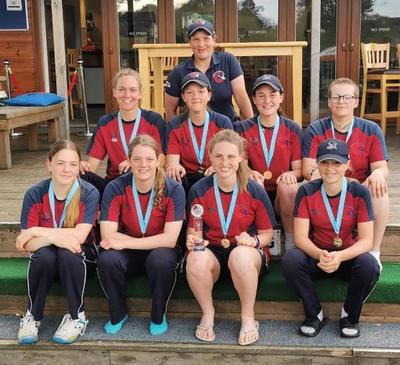 The Performance and Development League finals of the HCWCL Super 8s competitions were held on Sunday 6th June at Charlbury. In the first Semi final of the Performance League Charlbury CC women team played against Olney Town CC, and won by an impressive 124 runs. The final was held later in the day with Charlbury CC taking on Oxford CC, the winners of the second semi final, again the team played some impressive cricket and cruised to a 95 run victory. The team of eight players, 6 of who were under 17 year old, scored 272 runs and took 26 wickets during the day.

Need help with transport to your COVID vaccination?

All Together In Charlbury (ATIC) now has funding to provide free transport to COVID vaccination sites, where use of public transport is not possible and friends or family are unable to help.

To request a lift, phone ATIC’s call centre on 01993 776277 (9.00 to 1.00 Mon-Fri or leave an answerphone message) and we will see what we can do using our small team of volunteer drivers. Please give us as much notice of a request, as you can.

If you have booked a vaccine at the Kassam Stadium, there are Oxford Bus Company and Stagecoach 3 and 3A bus services, which go from Oxford City Centre and Oxford Rail Station to the Kassam and back, which may be helpful. 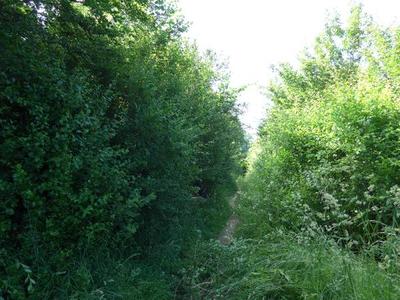 Anyone who has attempted to walk the Saltway in recent months will know that much of the track has become badly overgrown not just 'soft' vegetation but also rapidly growing and invasive blackthorn. Well, help is at hand! On Wednesday a work party Cotswold Wardens began the work of clearing and brushcutting some of the worst affected stretches. We also found time to check that the rare Downy Woundwort had survived. 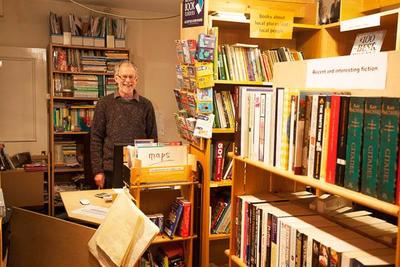 The History of Charlbury through ... Jon's bookshop

With so many shops disappearing from Charlbury, it was exciting to find a new one opening in April 2000. A bookshop! Jon already had an established publishing business, The Wychwood Press, and a bookshop was a natural partner. Both businesses ran from Alder House in Market Street, the shop being all of 9ft wide and 11feet deep, with Jon’s office at the back.

Jon would carefully choose stock that he thought would appeal to his local audience. He supplemented them with CDs and DVDs (remember those?), local cards and posters. I loved going in – it was as if someone had pre-selected the sorts of books I liked but also thrown in others which opened up fresh ideas and new horizons. Dilemmas over birthday and Christmas presents were solved. Wanting a book not in stock? It miraculously appeared the next morning.

His core audience was local people and he reinforced this by publishing two books of poetry, all written by local people. Does NOTHING rhyme with Charlbury? came out in 2006, followed by Because we Never Said Goodbye, both anthologies compiled by Rob Stepney. Who would have thought there were so many poets in such a small town?

Anyone of us who is interested in our local history owes a debt of gratitude to Jon. He published books that gave us a good look at our town’s past. Here are three of the best.

He reprinted John Kibble’s Charming Charlbury, first published in 1930, full of anecdotes about his life and things he’d found out about. The book has old adverts from local shops, some lovely sketches he made of local building. My favourite section? His description of an early photographic ‘studio’ in a roofless cottage pantry, watching the men mixing the chemicals and marvelling at the resulting image (page 160-161)

The second one is Lois Hey’s History of Charlbury, an invaluable guide to our past, which John published in 2001. It is full of her detailed knowledge of the town, with lots of old photographs as well. She gives her ‘sincere thanks to Jon Carpenter for his gentle goading, without which I should have given up long ago’

And thirdly, Jon persuaded Charles Tyzack to undertake an updated, and much much shorter, version of Vernon Watneys enormous book on Cornbury and Wychwood Forest. It includes a lot of Charles’ new research, plans of the house and the forest, and lots of photographs. The go-to book for those interested in this old house and even older forest.

Photos of Jon by Andrew Lawson

Following approval for the Charlbury Neighbourhood Plan at the referendum on Thursday 10th June, WODC has now officially "Made" the Plan which means that it forms part of the statutory development plan against which planning applications within the parish of Charlbury will be determined.

The decision to "Make" (bring into force) the Plan was taken by WODC on 14th June 2021 so the plan has legal weight from that date. 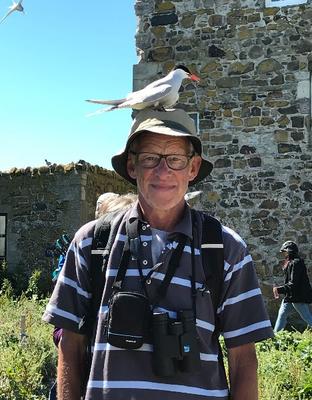 I am sorry to report that Jon Carpenter has passed away after a long illness.

Jon was known by many people in Charlbury for his commitment and love for the town, but especially, of course, for Evenlode Books, the busy, characterful bookshop he ran on Market Street. The bookshop was an extension of his long-standing publishing business, which published books of local interest under the Wychwood Press imprint, and those of progressive social and environmental concern as Jon Carpenter Publishing – two of Jon’s great passions.

Visitors to the bookshop would often see Jon beavering away behind the desk on a book project but were invariably greeted with a friendly “Hullo!” (always with a ‘u’). Jon described himself on Twitter as “In love with Charlbury and its people” and this was very much reciprocated. Even after retiring from the bookshop, Jon very much remained active and interested in local affairs, and I would often meet him on the street to be buttonholed with “Can we do something about…?”.

Jon was one of the volunteer administrators for the Charlbury website, and was always a voice of thoughtful calm. Many of the little details on the site are his suggestions.

Our thoughts are with Angela, Ben and Ele.

Please do also read the tribute to Jon on the Charlbury Refugee Action Group page.

You can read a profile of Jon in his bookshop days (2008) on the Oxford Mail website. His bookshop website is still online and full of interesting information about Charlbury.

Should you want to add your memories of Jon, please do use this forum thread. 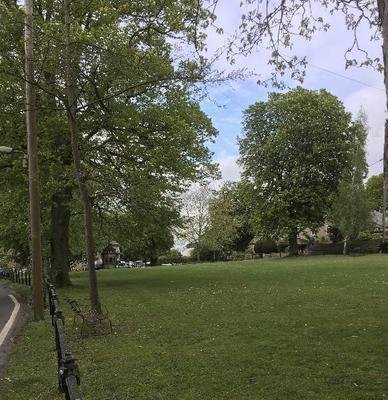 Trees on the Playing Close

Have you ever wondered what the names of the trees are on the Playing Close? Each tree has a number on this aerial plan and the key to which tree is which can be found here.

We thought you might enjoy identifying these magnificent trees.

The results from today’s referendum on the Neighbourhood Plan are:

The Neighbourhood Plan will now become part of statutory planning guidance for all planning applications within the parish of Charlbury.

The Queen has been pleased to appoint Mrs Marjorie Glasgow BEM DL as Her Majesty’s Lord-Lieutenant of the County of Oxfordshire in succession to Mr Tim Stevenson OBE, who retires on 30 September 2021.

Marjorie Neasham Glasgow is the founder and chief executive of an Oxfordshire- based clean energy company, which develops private/public partnerships that combine renewable energy projects and community hubs. Her firm also undertakes key environmental work for the restoration of peatlands across the UK.

Alongside this work, she has taken on voluntary leadership roles in west Oxfordshire, leading her town’s efforts to develop a new £2.5m community centre to create a new library, sports hall, café and community space. She also helps lead the local Meals on Wheels. More recently, she co-founded The Cornerstone with her husband and their church as a community sharing centre for food, education and community cohesion, which she hopes to replicate elsewhere in the county.

She is a member of the Ditchley Foundation Council of Governors and she currently serves as a Deputy Lieutenant for Oxfordshire. She is an active member of her local church, and her interests include running and equestrian sport. Mrs Glasgow (59) was born in the US, but now has dual citizenship and lives in Charlbury with her husband, Dine. They have two adult children.