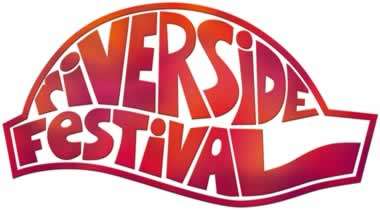 Help us name our special Riverside Festival beer. Come up with a taste-tingling name for Riverside's special festival beer and you could win a set of six bespoke T-shirts for you and your friends emblazoned with the name of the beer and your name; and a free round of drinks at the Festival itself.

Oxfordshire's favourite craft brewer Wychwood is producing an exclusive golden summer beer for this year's Riverside Festival in Charlbury, Oxfordshire. To christen the glorious pint we're running a competition to name the beer.

To enter simply email your idea for the beer's name and your name to beer@riversidefestival.charlbury.com, by 12pm on Friday 4 May.

The winner will be announced on Monday 7 May. Entrants must be aged 18 or over.

The Riverside ale will only be on sale at The Riverside Festival in Charlbury on Saturday 16th and Sunday 17th June.

According to the Witney gazette, the Environment Agency has called a flood alert for the Evenlode now, including Charlbury. See: www.witneygazette.co.uk/news/9678262.Weather_update__Flooding_problems_continue/
and:
www.environment-agency.gov.uk/homeandleisure/floods/34681.aspx?area=061WAF12Evenlode&page=1&type=River&term=evenlode

This Thursday sees elections for:

At the website, we have contacted the candidates for whom we have e-mail addresses (i.e. all registered users) and asked them to supply their leaflet. You can now read them all on our special elections page.

The candidates include many regular website contributors - and indeed two of the site admins - so the names should be familiar to regular readers!

There is already a thread running for this item, but as I shall no longer be the Parish Transport Representative with effect from Election Day, may I urge everyone to respond individually to the online questionnaire as forcibly as they can. The Cl MUST be well used, to ensure its continuation, and the importance it plays in helping outlying villages to get to the station, or Charlbury services, including the medical centre. The X9 presently run by RH Transport has its problems, as we all know, but we certainly need to keep it, and tender options are being sent out in the summer. We have until June 9th to send in our responses. Many of you may not realise that part of the timetable is run commercially, at other times it is subsidised (mostly the ones with a request stop at Poffley End). we are told that usage of the evening service on Friday and Saturday is disappointing. We must make out a case if we wish these routes to be continued.
To respond to this review, find the link on an earlier entry in April from Richard Fairhurst - "Bus Service Review starts April 9th" or contact as below:

The Cotswold Line Promotion Group has been advised by First Great Western that work on the long-awaited car park extension (in the area formerly used as allotments) is expected to commence on Monday 14th May 2012. The contractors will be bringing their equipment to the site from 8th May. When completed, late in the summer, around 75 additional parking spaces will be available.

A reminder that stamp prices are increasing from the 30th April. First Class 46p to 60p and Second Class 36p to 50p you have until Saturday to stock up. We have good supply of stamps at the moment but do not leave it to late. 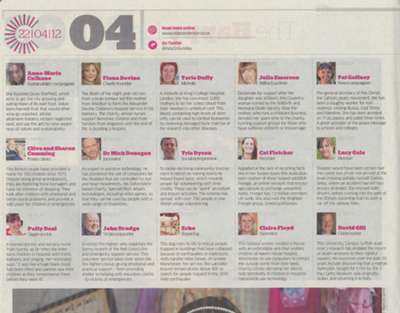 Local Charity Director, Mick Donegan, has been chosen for the Independent on Sunday Top 100 Happy List of 'people who make Britain a more contented, better adjusted, supportive and happier place.' SpecialEffect would like to thank all of their wonderful local supporters for helping our charity to enhance the lives of people with disabilities through leading edge technology. Something we can ALL take credit for! 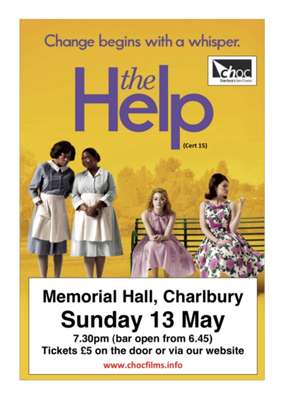 If you were among the audience of 76 who attended ChOC's film last Sunday, 'Tinker Tailor Soldier Spy', you will know that it was the first film ChOC has screened using entirely our own equipment.

It has been our objective for several years to acquire our own projection and sound equipment. We have received grants from Charlbury Town Council (£500), Charlbury Motor Fire Brigade Trust (£500), and Charlbury Community Projects (Charlbury Beer Festival Committee) (£1070) towards the money we have just spent on a projector (£1062), screen (£1038), speakers and stands (£948), sound mixer (£167), monitor (£150) and two Blu-ray/DVD players (£208). ChOC would like to thank publicly the three bodies which helped us to buy those items.

The new equipment is a noticeable improvement on what we have used before; it gives a brighter picture and the clearer sound is better suited to the difficult acoustics of the Memorial Hall. Learning to use it is something we are mastering, and once we are more confident in its use we shall be open to collaboration with other community groups who want to show films in Charlbury.

ChOC lost significant money on some of our recent films, as the charges we were paying as part of the 'Movies on the Move' scheme operated by Chipping Norton Theatre increased sharply. Now we are completely independent, our costs per film are greatly reduced and we can be more adventurous in our programming. We will still show blockbusters when we have seen them and are confident of their quality and their appeal, but we'll be bringing less well-known films to Charlbury too.

ChOC's remit is to 'collaborate' with other community organisations: our small committee is stretched to the limit with what we do at present, and if we are to have an outreach programme (suggestions we have already received include showing films for the CSA, and holding a 'film festival' in aid of the community centre appeal) we need more people on board to run it.

Every year we show at least 12 films and mount 4 or 5 live events, which is a big investment in human effort by a small number of people. To show a film in the evening, perhaps eight people forego anything up to 6 hours of their time on the night itself, and often go without a meal to do so. Preliminary and subsequent work takes up many hours a month for several of us too.

So the more help we get, the more we can do. Why not come on board?

And we look forward to welcoming you to future films.

On Wednesday 18th April WODC, in conjunction with local volunteers, will be undertaking a car parking survey at the Spendlove Site.

The survey will run from 06.30 to 22.00, and will look at numbers, and patterns of use, throughout the day. This data will help provide base data and contribute towards future planning and parking management in the centre of the town.

Only 75 people have ever won the Best Actor Oscar - great names such as Laurence Olivier, Humphrey Bogart, James Stewart, Clark Gable and Denzil Washington - and we're very privileged that one of this elite group, Sir Ben Kingsley, is coming to Charlbury's Memorial Hall this Thursday, 19 April. For those of you who haven't been able to get to Cotswold Frames, Evenlode Books or Cafe de la Post to buy tickets, they're now available online at www.wegottickets.com/event/161929
(age 15+ only). Please contact Edward Fenton on 811196 or ef@day-books.com for more details. All proceeds to the Charlbury Community Centre Appeal.

The list of those nominated for the elections on 3rd May has been published.

For the Charlbury & Finstock seat on West Oxfordshire District Council:

The seat is currently held by Glena Chadwick (Liberal Democrat) who is stepping down. The other WODC seat for Charlbury is not up for election this year.

There are 14 candidates for the 12 seats on the Town Council. All are standing without party affiliation. * indicates incumbent. Technically the exact line-up of candidates is finalised on 11th April; until then, those nominated have the option to withdraw.