Charlbury charity SpecialEffect had the following article featured in last week's Oxford Times. Thank you so much to all the people who have kindly supported our community events it really is deeply appreciated. We look forward to seeing people at the next event which will be the John Grain quiz night at the Memorial Hall on the 24th of September.

Many thanks once again 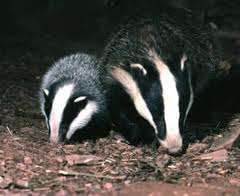 Police are appealing for information after discovering some badger setts have been interfered with at Centenary Woods, near Ticknell Piece, Charlbury.

There are numerous setts in the woods which are often used by dog walkers and police have found a dead badger there.

If you have any information on this please contact the Wildlife Crime Officer PC Simon Towers on 08458 505 505.

The United Nations Association Coffee Morning on Saturday (with donations and gift aid)raised £879.94 - a great result. Many thanks to everyone who supported this event. A cheque will be forwarded to the United Nations World Food Programme for their work in helping the people of Pakistan after the catastrophic flooding in that country.

There have been some complaints about the RH bus service X9, both concerning time keeping and overcrowding. I have written to the OCC Environment dept, asking whether a larger bus could be used at busy times, and they have asked RH for a comment, but if anyone has any specific examples of particularly overcrowded routes, or late (or indeed early) departures which are not due to special circumstances, then please let me, or Roger Clarke, Charlbury Town Clerk, know, and we will pass them on.
Helen Bessemer-Clark, Charlbury PTR. Helen.Bessemerclark@btinternet.com or charlburytc@btinternet.com

Over the last week, 5 incidents of fuel thefts from domestic vehicles have been reported to the police in Chadlington, Fawler and Finstock. The thieves cut the fuel pipe to remove the fuel, and car owners often don't notice it until they break down. The offences occur overnight and the targeted vehicles seem to be Ford Fiestas of varying ages.