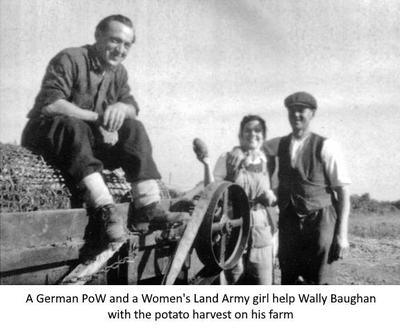 The History of Charlbury through .... Churchill's visits to Ditchley

When Winston Churchill became Prime Minister in 1940, the security forces became concerned for his safety as air raids increased over Britain. When not in London, he spent time either at Chartwell, his country house south of London, or at his official retreat at Chequers. Both were vulnerable to air raids. Already very familiar with the area around Blenheim where he was born, Churchill had become friendly with the Conservative MP Ronald Tree who, with his wife Nancy, had bought Ditchley Park in 1933. Ditchley, with its heavy tree cover and lack of visible roads, was an ideal bolthole for the Prime Minister. Churchill asked the Trees if he could stay at the house on certain weekends “when the moon is high” i.e. favourable for air raids.

His first visit was 9-11 November 1940 and he found the house and grounds ideal both for relaxation and also for conducting the business of war and diplomacy. Afterwards Ronald Tree wrote to him: “we hope so much that you will come to Ditchley as often as it may suit your convenience . . . We have kept it running until such time as needed for some war purpose, so that it is at your entire disposal. ….. use the house as your own”. Many visitors joined the PM on these weekend visits including Sir Anthony Eden and Harry Hopkins, President Roosevelt’s envoy, who was key to Churchill’s efforts to win American support for the war.

Enter Gordon Woodyatt, a Welshman who had moved to Oxfordshire in the early 1930s and then settled in Charlbury, working for the Southern Electricity Board. He became a manager and his duties included making repairs when the lines came down or the supply was interrupted. One weekend he received a call to repair a fault at Ditchley while Churchill was in residence. The Board drafted in German prisoners of war to fill the gaps left by the men away fighting and at one time in the war he had 200 working under him. The prisoners dug trenches for the cables and he found them very willing workers. Other prisoners of war were employed on the farms around Charlbury, helping to keep the country supplied with food.

By late 1942, the security at Chequers had been greatly improved and Churchill no longer needed to stay at Ditchley. His last visit was for lunch in 1943. A bronze bust of Churchill on the estate marks the role Ditchley played at a critical stage of the war.

A very secret war: bugging the Nazis in WWII

Dr Helen Fry explores how British Intelligence bugged the conversations of high-ranking German PoWs and discovered some of Hitler’s most closely guarded secrets.