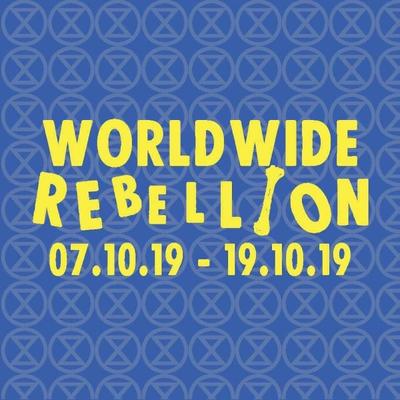 Extinction Rebellion Charlbury held its first local event on Friday 27 September when 130 people filled the Memorial Hall to hear two speakers from XR Oxford explain how, as carbon emissions increase beyond all expectations, humans are heading for extinction, and what can be done about it.

It was a tough message to hear, and action is needed very fast. The speakers were Dr Tom Sinclair, professor of philosophy at Wadham College, Oxford, and Megan Murray-Pepper, a teacher specialising in climate education.

The group now has over sixty local members and is planning further talks, discussions, films and actions. At least ten people from Charlbury will be taking part in the XR October Rebellion beginning in London on October 7. Many also went to Oxford on Saturday for an 'Arts-Science Xtravaganza' jointly organised by XR with the Museum of Natural History (who know a lot about extinction...).

Anyone who wants to sign up for the XR Charlbury news updates should email xrcharlbury@gmail.com