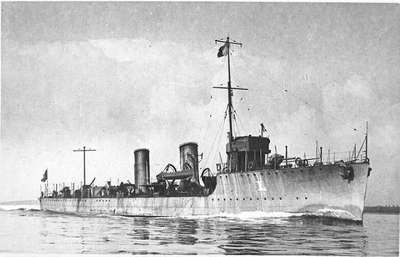 On 28th August 1914 HMS Laurel, a two-funnel torpedo boat destroyer built by White's of Cowes, was attacked and badly damaged during the Battle of Heligoland. On board, a Charlbury man, Chief Stoker/Petty Officer, was seriously wounded. With a colleague he put out a fire near the second gun which threatened nearby lyddite shells, an act for which they were both later awarded the Distinguished Service Medal.