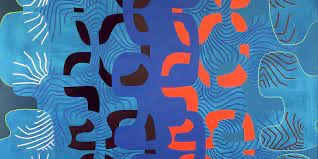 The name of St Ives has been synonymous with the visual arts since early in the last century, and in particular with more experimental artists since the arrival of Hepworth, Nicholson and Gabo in 1939.

The little harbour town also acts as a portal to the wider enchanting and mysterious Land’s End peninsula. David Whittaker, who has been exploring the region for four decades, portrays an assortment of colourful figures who were lured to the area, thereby having their lives and work enriched and transformed, including Bryan Wynter, Tony O’Malley, Wilhelmina Barns-Graham, Jeremy Le Grice, Breon O’Casey, Michael Canney (Curator of Newlyn Art Gallery), Michael Snow, Nancy Wynne-Jones and her husband, the Irish sculptor Conor Fallon; the Lamorna trio of reclusive eccentrics – Marlow Moss, Ithell Colquhoun and John Tunnard; and the poet Sydney Graham (recording his fruitful relationships with painters).