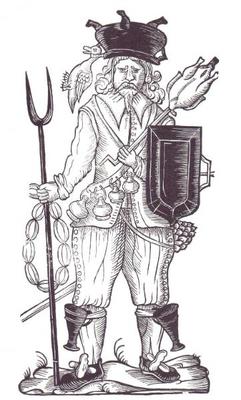 Stephen Barker will be speaking on 'Soldiers, Saints and Sinners: Oxfordshire Characters from the British Civil War 1642-51'

Oxfordshire played a significant part in the First Civil War – Oxford became the Royalist capital in late 1642 and the county was on the front line with parliamentary Buckinghamshire. This participation has left a legacy of wonderful stories and fascinating characters, many associated with local Oxfordshire communities. The talk is fully illustrated, is replete with anecdotes, eight character studies of men and women and tales of daring do!

Stephen is an independent Heritage Advisor who works with museums, universities, and other heritage organisations to design exhibitions and make funding applications. He worked at Banbury Museum and Soldiers of Oxfordshire Museum. Stephen has delivered projects for University of Oxford, Oxford Brookes University and the Battlefields Trust. He delivers presentations and tours related to the First World War and British Civil Wars. He is a Trustee of the Bucks Military Museum Trust, the Old Gaol, Buckingham and is an Arts Council Museum Mentor. He is the author of 'Lancashire's Forgotten Heroes' - the 8th East Lancs in the Great War.

This Zoom presentation will be for members only. For more information contact the secretary sec.charlsoc@gmail.com