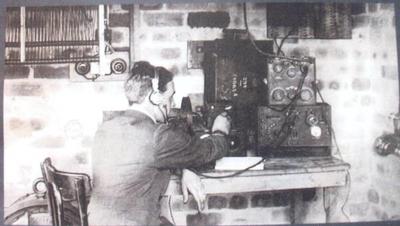 This month we have an additional zoom meeting

The celebrated historian Dr Helen Fry will be talking on

A Very Secret War: Bugging the Nazis in WWII

During WW2, British intelligence bugged the conversations of German prisoners-of-war at three stately houses, including Trent Park in north London, and Latimer House and Wilton Park in Buckinghamshire. From 1942 Trent Park was reserved for Hitler’s captured Generals. In an astonishing turn of events, they were housed in luxurious conditions and lulled into a false sense of security. They became unguarded in their conversations and inadvertently gave away some of Hitler’s most closely guarded secrets, including the V1 (‘doodlebug’), and atomic bomb programme. For over 60 years the secret listeners (German-Jewish émigrés who had fled Hitler) never spoke about their work, not even to their families. They died, little knowing that they, alongside Bletchley Park, shortened the war. Having worked through the declassified files, historian Helen Fry sheds light on one of the greatest deceptions of WWII.

Dr Helen Fry has written numerous books on the Second World War with particular reference to the 10,000 Germans who fought for Britain, and also British intelligence, espionage and WWII. She is the author of   book The Walls have Ears: The Greatest Intelligence Operation of WWII which was one of the Daily Mail’s top 8 Books of the Year for War (2019). She  has written over 25 books – including The London Cage about London’s secret WWII Interrogation Centre. Her latest book is MI9: The British Secret Service for Escape & Evasion in WWII – the first history of MI9 for 40 yearss Helen has appeared in numerous TV documentaries, including David Jason’s Secret Service (Channel 4), Spying on Hitler’s Army (Channel 4) and Home Front Heroes (BBC1). Helen is an Ambassador for the Museum of Military Intelligence and an associate editor of Eye Spy Magazine.

Please note this Zoom presentation will be for members only

Membership forms are available from the secretary sec.charlsoc@gmail.com